Harry Potter And The Half-Blood Prince: 10 Mistakes JK Rowling Made In The Book

Harry Potter And The Half-Blood Prince marked the penultimate entry to the series, and as brilliant as it was, Rowling still made some mistakes. 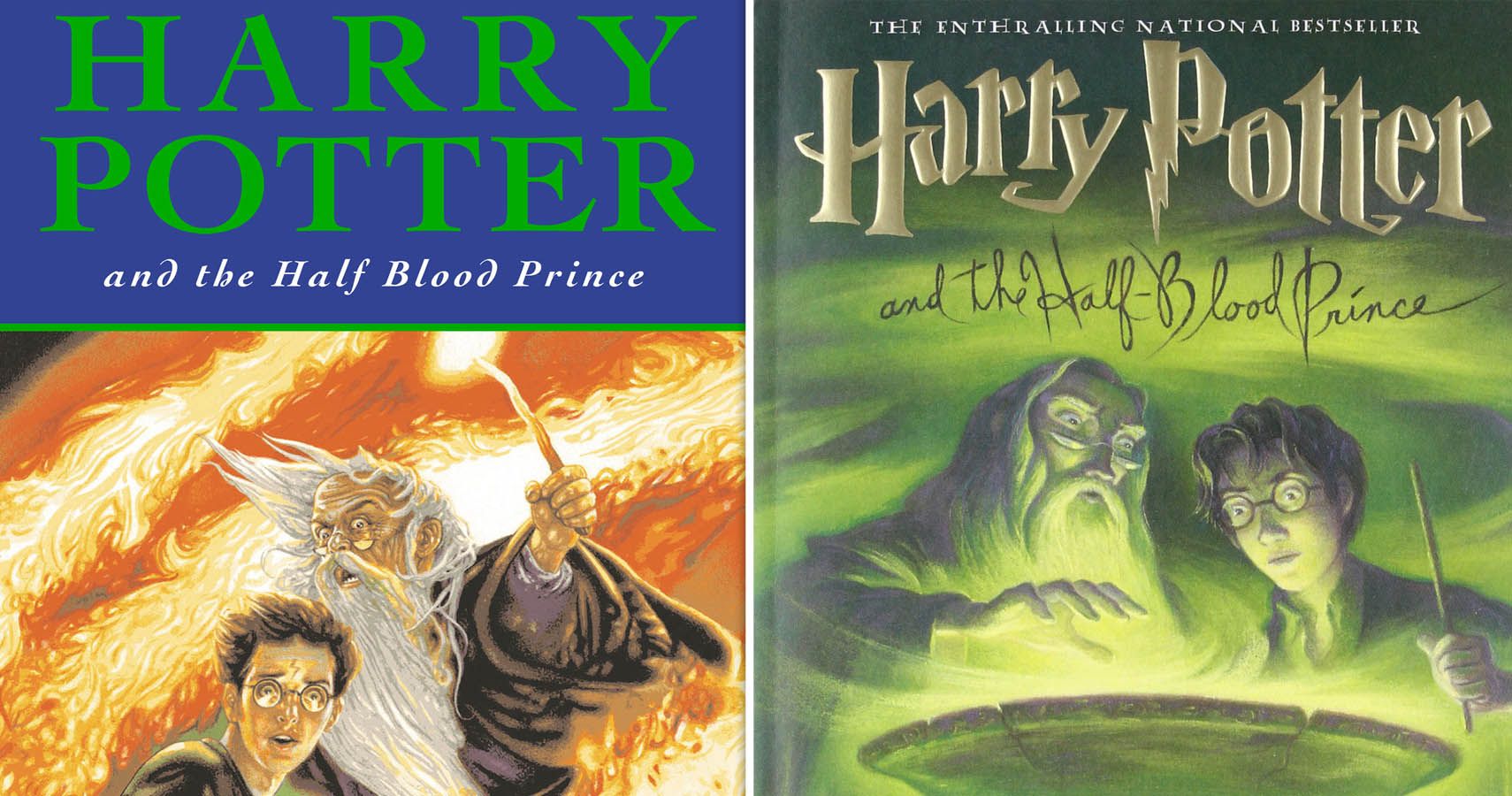 The year 2005 saw Harry Potter and the Half-Blood Prince hit bookshelves around the world. JK Rowling's book saw the Boy Who Lived continue his adventures following the death of Sirius Black, fight to keep Lord Voldemort's horrible plans at bay and all while also edging closer to adulthood and all the problems it brings. Typically uneventful, then.

RELATED: Harry Potter: 10 Cursed Child Moments That Would Look Awesome In A Movie

The book is brilliant - obviously, otherwise, it wouldn't have been the year's bestselling novel - but still contains some very minor mistakes. Not even Rowling is immune to falling victim to a few mishaps here and there!

The original copy of the sixth book has a cover that shows Albus Dumbledore and Harry Potter gathered around the Pensieve, which is located in the Hogwarts headmaster's office. They're using the magical object to peer into Lord Voldemort's past in order to predict the future, so that part is accurate. What isn't, however, is the actual illustration itself.

Dumbledore's right hand is shown to be normal but, after his attempt to destroy Lord Voldemort's Horcrux ring backfires, it becomes all blackened and shriveled. Harry first notices this when Dumbledore visits Number 4 Privet Drive, so it's there from the very beginning of the story. Therefore, there's no reason for it to be shown in a different light on the cover.

Bellatrix Lestrange isn't sold on Severus Snape at the beginning of the sixth book, with the pair having a rather heated conversation inside the latter's house. Helena Bonham Carter's character accuses the Hogwarts Potions Master of being a spy for Dumbledore, but Snape insists that isn't the case. He also claims he had collected sixteen years of information on Dumbledore by the time the Dark Lord returned during the dramatic events of the Goblet of Fire.

But this isn't true. Given that Snape started teaching at Hogwarts in 1981, and Voldemort returned in June 1995, it's actually closer to fourteen years instead. Of course, it's possible he was rounding up to make himself even more impressive but it's still worthy of inclusion nonetheless.

Harry is late for the start of year feast after being attacked by Draco Malfoy on the Hogwarts Express. And, when he finally makes his way to the castle, he finds himself facing Snape. The Potions Master is delighted at seeing the Boy Who Lived fall foul of the rules yet again and wastes no time in punishing him, docking the Gryffindor student 70 house points. He then remarks that Harry must have set a record by ensuring his house start the year with negative points to their name.

However, the Order of the Phoenix novel somewhat contradicts this. Snape attempts to dock house points from the protagonist of the series when he finds that he's unable to, due to the fact they're already on zero. Minerva McGonagall then adds some and deducts a few from Harry. This means that Snape wouldn't have been able to take them at that moment in time - regardless of his arrogant threat.

Draco Malfoy experiences a turbulent year in the sixth novel. Having been charged with the task of murdering Albus Dumbledore following his father's arrest in the previous book, he's certainly interested when Horace Slughorn announces the winner of a Potions class will be receiving a small bottle of Felix Felicius - which is effectively liquid luck.

Unfortunately for him, it's Harry who ends up navigating his way to the top of the class - with a little help from the Half-Blood Prince himself. The book says that, after this, Draco has an expression on his face similar to the time Hermione Granger punched him in the Prisoner of Azkaban. Truthfully, though, Hermione instead slapped him in the third book (though she does punch him in the movie version of the story) - and that's definitely different from a slap. It probably hurt just as much, though.

When Harry eavesdrops on a conversation between Snape and Draco at the Slug Party, he overhears something about an 'Unbreakable Vow'. Determined to know more, he then asks Ron Weasley about it.

Ron then recalls a story from his childhood, revealing that Fred and George very nearly tricked him into making one when he was 'about five' before Arthur Weasley intervened just in time. Given the age gap, this means the twins would have been seven or eight at this moment in time. So that also means they were far too young to own a wand, which is needed to perform the curse. Typically, students don't get their wands until they begin Hogwarts - and the dangerous duo wouldn't have started at the castle by this time.

Harry is given the honor of being Gryffindor Quidditch captain in the Half-Blood Prince following the departure of Angelina Johnson. At the start of year feast, Dumbledore tells pupils to sign up for tryouts, with many then taking him up on the offer.

They even include first-year students, which shouldn't be allowed - in something that's made clear in The Sorcerer's Stone book. An exception is made for Harry, of course, with Minerva McGonagall spotting his talent when the Boy Who Lived obtains Neville Longbottom's Rememberall from Draco Malfoy.

Harry and Dumbledore take numerous trips into Voldemort's past, far more often than what was shown in the Half-Blood Prince movie. After watching Tom Riddle talk to his uncle, Morfin, Harry notes the ring on the latter's finger. Dumbledore then claims that Riddle never wore it after turning it into a Horcrux following his brutal murders of his father, grandmother and grandfather shortly before his sixth year.

However, Harry then spots Voldemort wearing it in Horace Slughorn's memory - which takes place after his killing spree. So it seems as though the Dark Lord was a bit fond of some jewelry, especially when it harbors a piece of his soul inside.

After winning Felix Felicis, Harry decides to hold onto it for a little while. And he then opts to use it in order to ensure Horace Slughorn gives up the true memory of what happened when Tom Riddle asked him about Horcruxes many years ago. He claims that he just needs a little drop of the potion and not the 'whole 24 hours' worth.

But the problem with this is that he hasn't got that much in the first place. Upon offering the little potion as a prize, Slughorn also revealed the lucky winner would only receive enough for 12 hours' worth of luck. Harry uses some of it on his teacher with Ron, Hermione, and Ginny using the rest on the night of Albus Dumbledore's tragic death at the Battle of the Astronomy Tower.

However, after taking the potion, he then witnesses Dean walking through the portrait hole with Ginny Weasley. He's under the Invisibility Cloak at the time and hears them arguing, which ultimately paves the way for a break-up. This is proof of the potion working, with Harry harboring a deep affection for Ginny - despite knowing how damaging that could be for his relationship with Ron.

After Dumbledore is killed by Snape on top of the Astronomy Tower, Minister of Magic Rufus Scrimgeour holds a conversation with Harry surrounding the tragic night. He informs the Boy Who Lived that the Ministry thinks he was with the Hogwarts headmaster at the time - which is true - because there were two broomsticks and 'somebody Stupefied a Death Eather'.

This isn't true, though. Harry did curse one of Voldemort's followers but used the Body-Binding curse instead, the same one used on Neville Longbottom in The Sorcerer's Stone. He denies Rufus' claims, instead preferring to keep his crucial knowledge a secret. 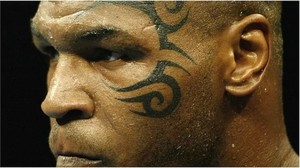 The fight is on! Tyson claims Holyfield exhibition will...

Following his return to the ring against fellow great Roy Jones in November, Mike... 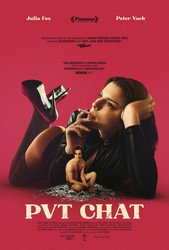 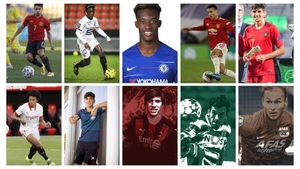 Ten to watch at the European Under-21 Championship

Scrubbing France clean of radicals and their breeding grounds is a priority cause... 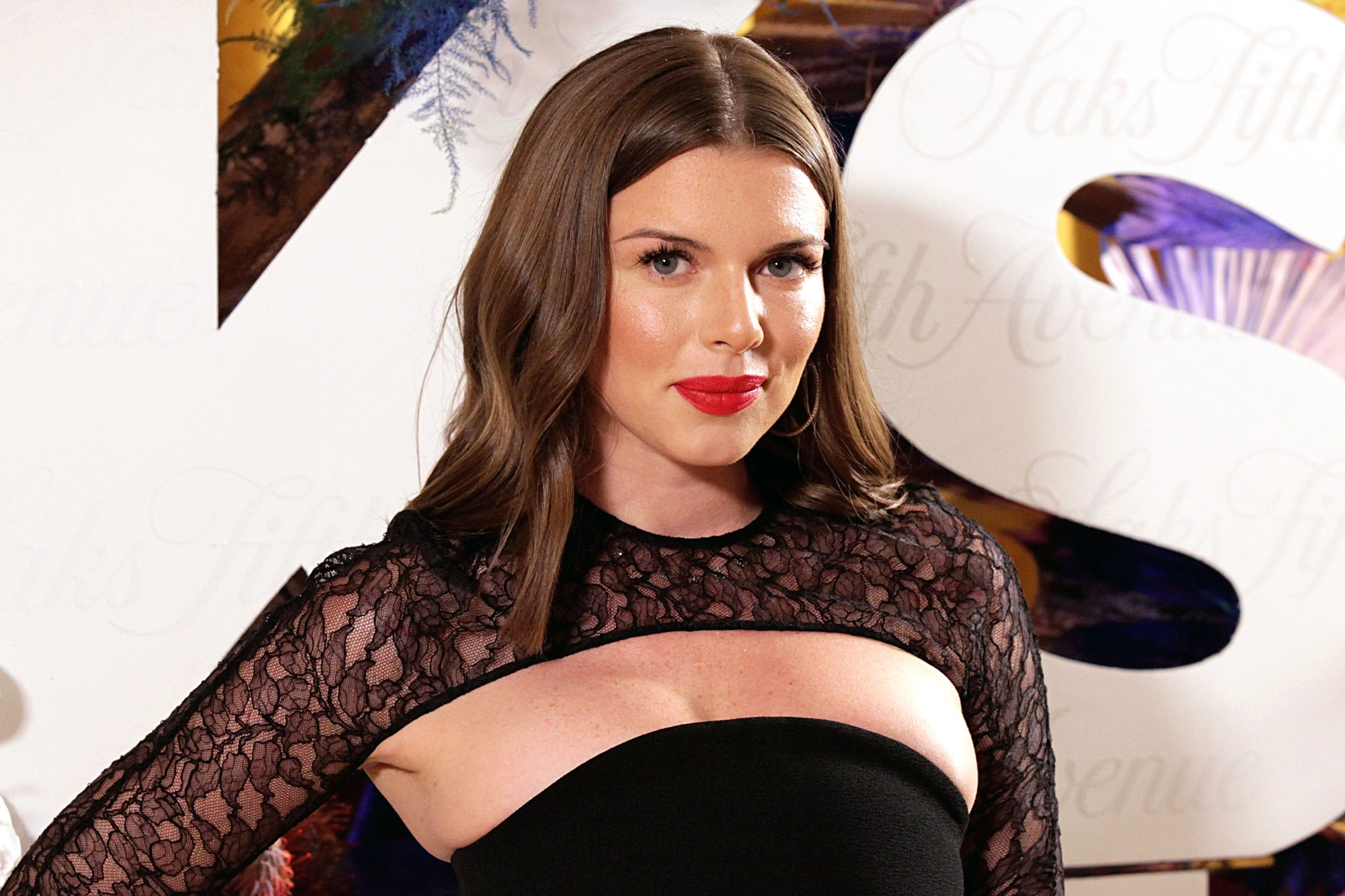 She announced the surprise in a bold photo shoot posted to Instagram. 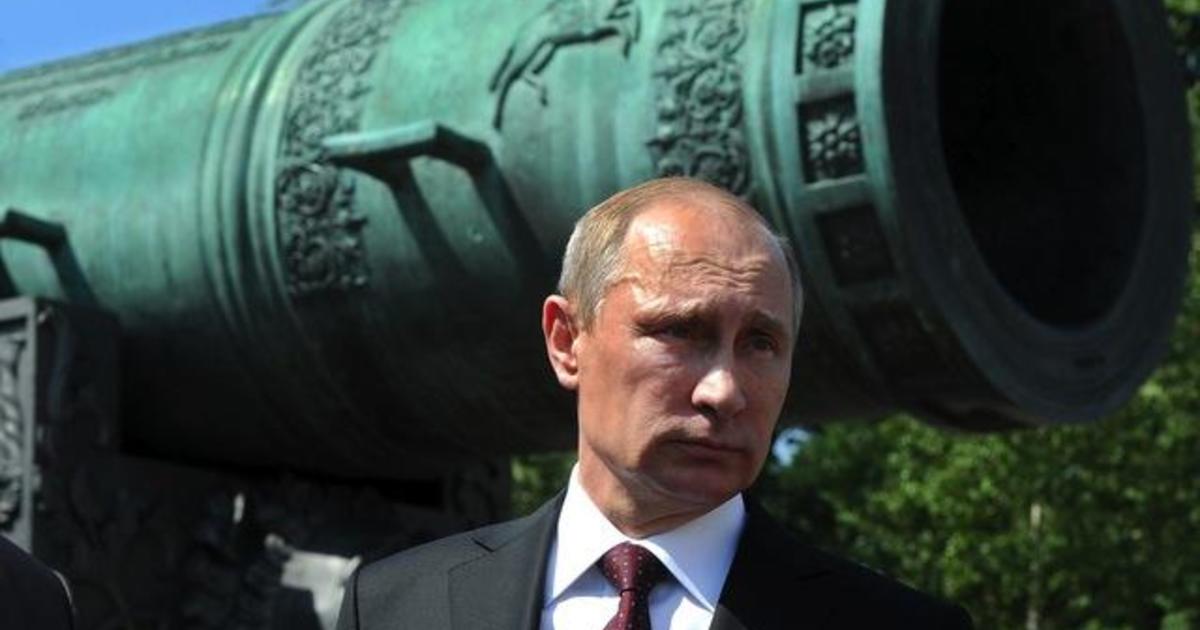 Flash Points: Is Russia's offer of a ceasefire in Ukraine...

Half of Republicans want Trump to remain as head of their party while half of American... 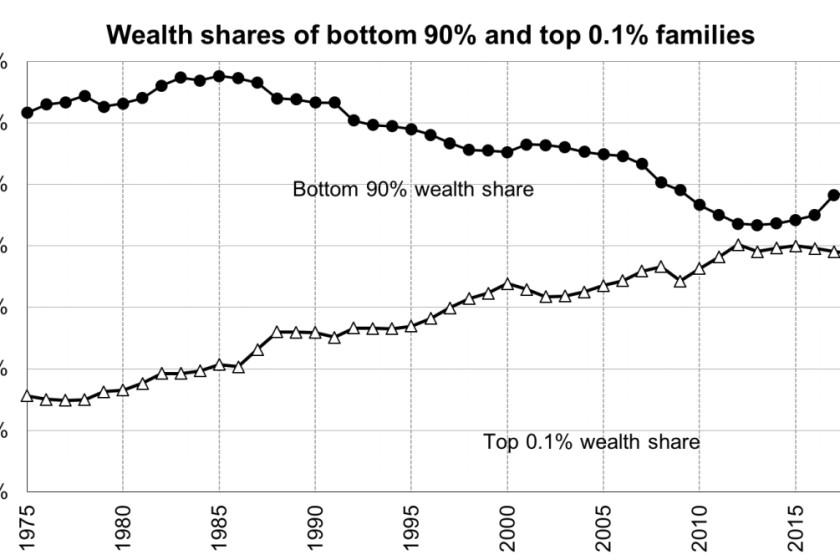 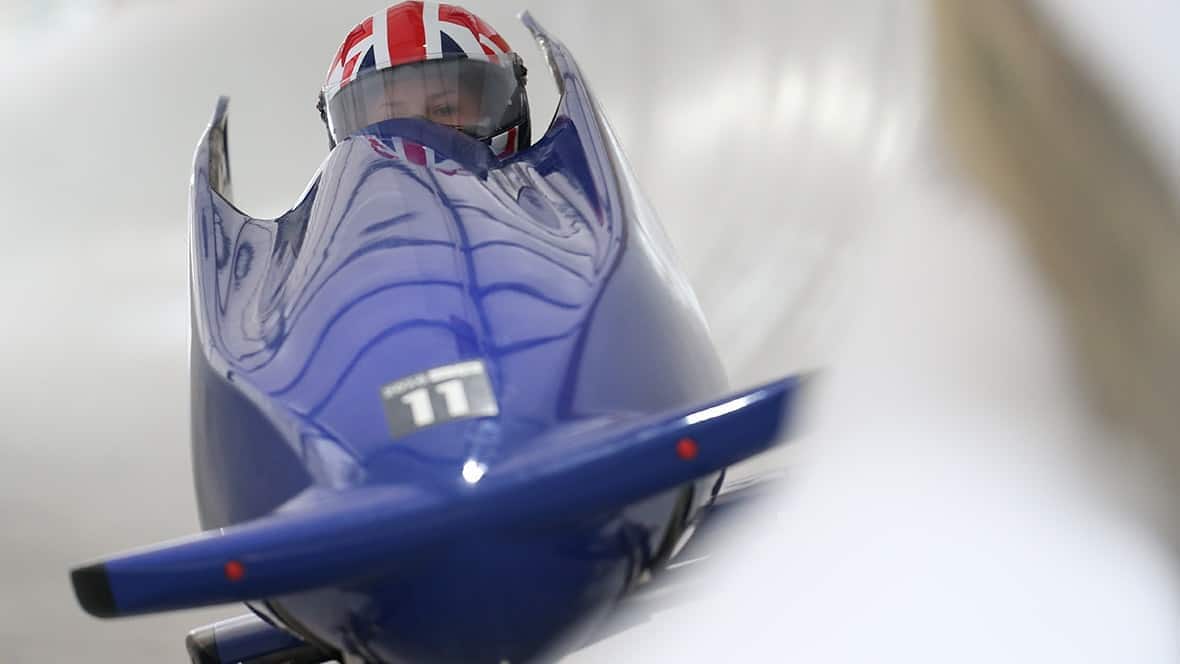 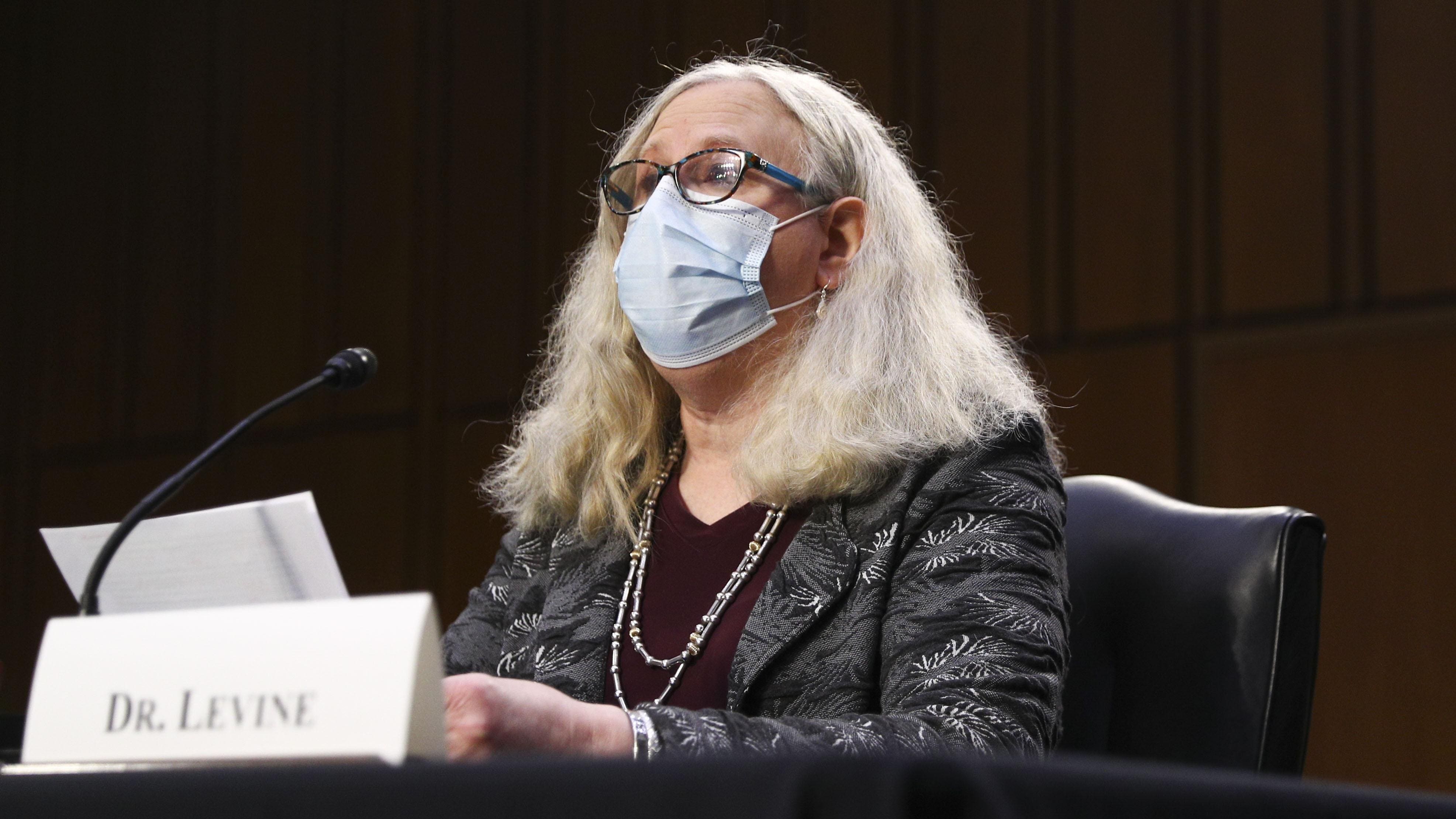 Levine will serve as assistant secretary of health in the Department of Health and...